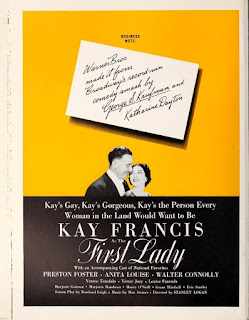 Lucy Chase Wayne (Kay Francis), the wife of Secretary of State Stephen Wayne (Preston Foster) is the granddaughter of a U.S. President. She has ambitions for her husband to achieve the same position.  Lucy also wants to circumvent the efforts of Irene Hibbard (Verree Teasdale), the wife of Supreme Court Justice Carter Hibbard (Walter Connolly) to romance Senator Gordon Keane (Victor Jory). So, to tweak Irene's nose, she suggests to woman's club president Lavinia Mae Creevey (Louise Fazenda) that Carter would be an excellent presidential candidate, never dreaming it will interfere with her own desire to be the First Lady (1937).

Kay Francis doesn't often get the chance to do comedy, but she's a excellent comedienne, as we've seen in films like The Goose and the Gander, Jewel Robbery, and Cocoanuts. First Lady is in the category of the first two films - a romp, where Ms. Francis gets to figuratively wink at the goings-on in the political arena, circa 1937.

This is a fictitious Washington - no mention is made of the current political administration, and there is certainly no President Chase in U.S. history. Regardless, the film is gently poking fun at the ways in which candidates for office are selected, and it looks like not much has changed in that regard. Though Lucy knows politics (she writes and/or edits her husband's speeches), she cannot run for office - it is a man's world; women can maneuver from behind the scenes, and be the "power behind the throne." 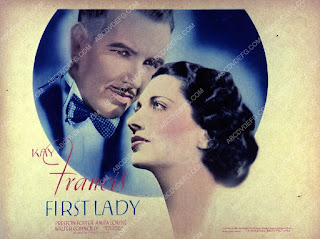 Most of the action focuses on the two female adversaries, Lucy and Irene. There has long been bad blood between the two, and Lucy now sees a way to embarrass Irene. The reasons for Lucy's ire are, not surprisingly petty - Irene stole Lucy's cook, and is also making a play for the man Stephen's niece Emmy Page (Anita Louise) loves. But, her plans backfire horribly, and Lucy has to concoct a new means of besting Irene.


Where Ms. Francis plays her part tongue-in-cheek, Verree Teasdale is downright serious. Ms. Teasdale's Irene is an avaricious woman, who wants power and men (though not necessarily in that order). As a result, the interplay between the two is spot-on, with each getting good lines, but with Ms. Francis coming off as the more sympathetic character. Without such a strong actress to play against, Lucy would seem ridiculous. Opposite Ms. Teasdale, she is delicious. It is worth noting that Irene's prior divorce does not seem to be an impediment to her husband seeking higher office. 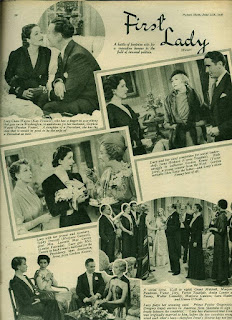 The men in the film mainly serve as support to the the two women. Preston Foster does a good job in a part that could resemble a tree in the hands of a lesser actor.  Victor Jory gets the rare opportunity to play the juvenile and romantic interest to both Emmy and Irene. Walter Connolly, however, steals every scene as the somewhat bumbling Supreme Court Justice who would rather listen to the radio than romance his bored wife.

It's unfortunate that Anita Louise doesn't have more to do than look innocent, she's a good actress, but the part pales in comparison to the lead actresses.  Louise Fazenda, however, as the annoying Mrs. Creevey is hilarious. The script has a lot of fun with her strict abstinence. Her inability to understand that she is drinking strong alcohol when she given a glass of absinthe -  and keeps asking for more - is very funny.

Unfortunately, the film did not do well at the box office, and helped to begin Ms. Francis' slide from the top at Warner Brothers (TCM article).  It may not be her best film, but we really enjoyed it and suggest you add it to your list. 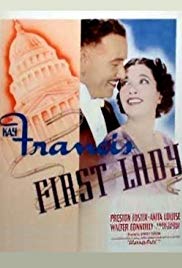