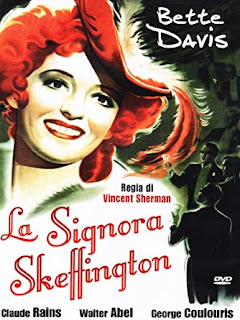 Reknowned New York beauty Frances Beatrice "Fanny" Trellis (Bette Davis) is being pursued by most of the eligible bachelors in the City.  Fanny relishes the attention; even though she and her brother Trippy (Richard Waring) are deeply in debt. One evening, Mr. Skeffington (1944), Trippy's boss arrives to inform Fanny that Trippy has stolen $24,000 from his company.  Intrigued that Job Skeffington does not seem to respond like her other suitors, Fanny elopes with Job, alienating Trippy.

It's Interesting that the film is named Mr. Skeffington when Job disappears for most of the latter part of the film. As you can see from the Italian poster, they just changed the title to reflect the real focus of the film, the beguiling Fanny Skeffington. But the title change misses a point. Yes, the film is about Fanny, but it is Fanny as reflected by Job.  Even when he is gone, Job Skeffington is an influence on Fanny's life, much to her chagrin.

Bette Davis was not the first choice for the role of Fanny Skeffington - Katharine Cornell was originally approached; when she declined, Irene Dunne and Claudette Colbert also turned it down. Next up was Tallullah Bankhead; that deal was nixed by Hal Wallis (Dark Victory: The Life of Bette Davis by Ed Sikov), after which, Ms. Davis was approached. She was reluctant - she worried about the aging of the character, which originally had the story told in flashback (and Fanny going from old to  young and back again).  Adding to her anxiety, her husband, Arthur Farnsworth died just as production was to begin (TCM article),  Regardless of her fears, she is letter-perfect making it Fanny's charm that is the attraction, not her beauty. 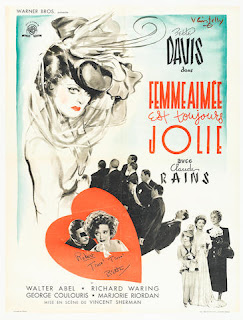 The film, however, lives and dies on the character of Job Skeffington, and Claude Rains does not disappoint.  He is marvelous as a man floored by his love for a woman who is incapable of loving anyone but herself.  You might ask why such a sensible man would fall for such a woman, but Mr. Rains makes us appreciate his feelings, and his growing sorrow as he realizes that Fanny will never love him. Both James Stephenson (Mr. Stephenson died before production began) and Paul Henreid were considered for Job (AFI catalog).

Walter Abel (George Trellis) is also excellent as Fanny’s tolerant cousin.  A good man, who cares deeply for Fanny and Trippy, he also forms a bond with Job following Job’s marriage to Fanny.  George acts as a conscience for Fanny, reminding her when she is being more selfish than normal - not that she pays much attention! 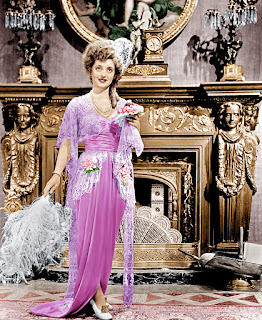 There are some excellent performances by other members of the cast. Marjorie Riordan as the grown Fanny Rachel Trellis, who has lived in her mother's shadow all her life, is quite good as a daughter battling her dislike of her mother with her father's desire that she always treat her mother with affection. The trio of suitors played by John Alexander (Jim Conderley), Jerome Cowan  (Edward Morrison), and Peter Whitney (Chester Forbish) are delightfully ridiculous, with Jerome Cowan leading the pack in the last section of the film. 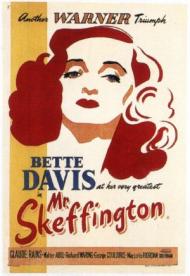 New York Times review by Bosley Crowther was not enthusiastic. Regardless, the film did well at the box office.  It was adapted for the Lux Radio Theatre in October 1945 with Bette Davis and Paul Henreid as the two leads.

This is an excellent film, and while a tad long, well worth the time.  We'll leave you with a trailer: